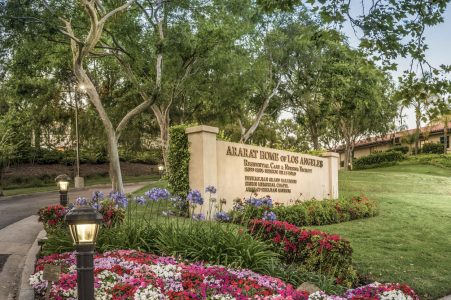 Ararat Home of Los Angeles, Inc. exists to provide assisted living and nursing/convalescent care facilities primarily for the Armenian community, regardless of individuals’ financial status, and to promote Armenian heritage and culture in the United States.

Founded in 1949, Ararat Home is a non-profit, non-partisan, non-denominational organization that operates three residential care and nursing facilities on two campuses and serves as a cultural center for the Armenian community in the Los Angeles area.

We strive to provide high quality care in a tranquil, uniquely Armenian, home-like environment at our Assisted Living and Nursing Facilities in Mission Hills as well as our Convalescent Hospital in Eagle Rock. 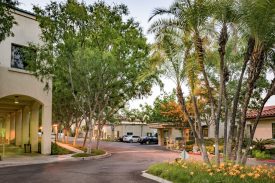 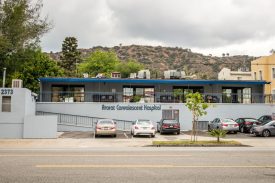 Our main campus in Mission Hills also includes facilities that serve the Armenian community. The George Deukmejian Center’s Grand Ballroom provides a space for community events and gatherings. Sheen Memorial Chapel is a house of worship appropriate for holding various religious services. The ethnographic Ararat-Eskijian Museum preserves the history and heritage of the Armenian people and educates the community through its collection of artwork and artifacts, a research library, and an ongoing series of scholarly presentations and cultural events.

Ararat Home was founded in 1949 by a visionary group of Armenian-Americans who recognized the need for a facility to care for elderly Armenians in Los Angeles.

Upon the purchase of a large, two-story house at 3730 West 27th Street in the West Adams district of Los Angeles in 1951, the Home welcomed its first seven residents. Over the next four decades, the facility underwent three major building additions eventually reaching a maximum occupancy of 80 residents.

During these years, the need for a skilled nursing unit became apparent. In 1980, Ararat Home purchased an existing 42-bed facility in Eagle Rock. Within a few months, Ararat Convalescent Hospital was established and fully occupied.

The growing demands of an aging population prompted the Board of Trustees to seek a property suitable for a larger, more modern Home. The search ended in 1981 with the purchase of a 10.5-acre plot of undeveloped land in Mission Hills. The enormous task of raising funds and building a campus was undertaken by several dedicated individuals.

Through the persistent efforts of these devoted supporters and the generosity of numerous benefactors and donors, the new Ararat Home complex opened in 1992. Nestled in the hills of San Fernando Valley, the campus was designed as a serene retirement community with curving pathways and beautifully landscaped grounds complemented by adobe-colored walls and tiled roofs reminiscent of early Californian architecture.

With the purchase in 2019 of 13 additional acres of land in Mission Hills, Ararat Home is currently working to build a Continuing Care Retirement Community.

From its modest beginnings as a “home for the aged” in south-central Los Angeles, Ararat Home has grown into a dynamic organization providing a home for over 400 residents and serving as a multi-purpose community center in the north end of San Fernando Valley. Ararat Home’s mission has been sustained and expanded since its founding through the invaluable service and generous support of employees, volunteers and members of the community.