The Quiz Bowl evolved into a lively contest and revealed students’ depth of knowledge, the thorough preparation of their teachers, and the engaged attentiveness of the audience. During the two-hour competition, students answered a series of questions about Armenian history and culture spanning three millennia. They demonstrated familiarity with a varied range of topics, including history, geography, literature, science, the arts and religion. The questions were based on the book, Armenian History Timeline, written by Hagop and Marilyn Arshagouni and illustrated by the late Herach Hovsepian.

At the conclusion of the Quiz Bowl, awards were presented to the participating schools and students. With the generous support of the Ararat Home Board of Trustees, each student received a special certificate, a Quiz Bowl mug and a sterling silver replica of a Tigranes the Great coin. In turn, each school received a monetary award that is to be allocated to its scholarship fund. The first place award check for $1,000 was presented to Rose and Alex Pilibos Armenian School, the second place award of $750 went to St. Gregory A. & M. Hovsepian School, and the third place award of $500 was given to Holy Martyrs Ferrahian School. The other participating schools received $250 award checks. Additionally, the Ararat-Eskijian Museum donated two books to the schools’ libraries: the companion book to the documentary film, “Orphans of the Genocide”; and, “The Armenian Genocide: Testimonies of the Eye-Witness Survivors”, a collection of 700 testimonies in English, which is written by Professor Verjine Svazlian and published thanks to the generous contributions of the museum’s patrons. 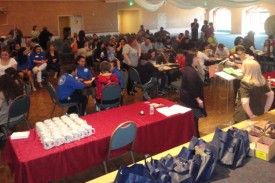 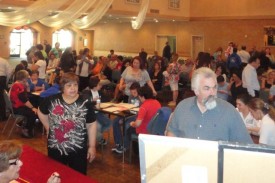 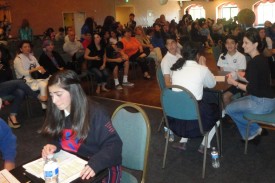 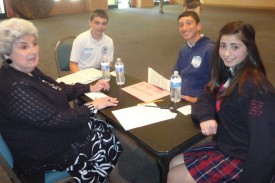 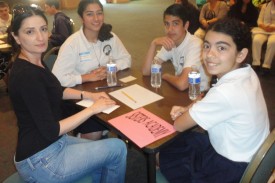 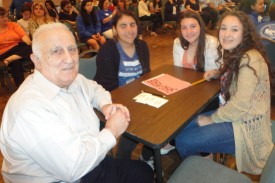 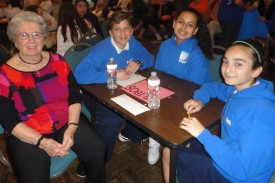 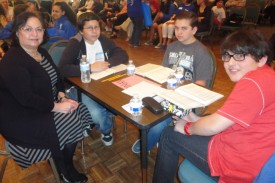 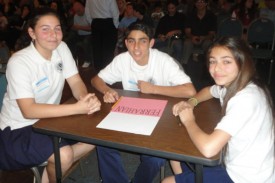 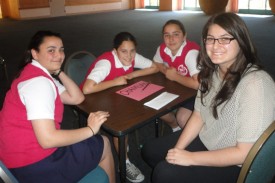 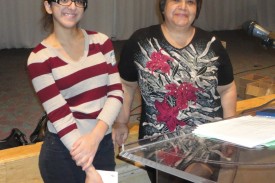 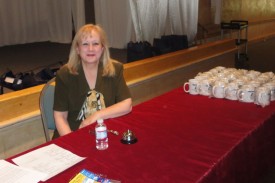 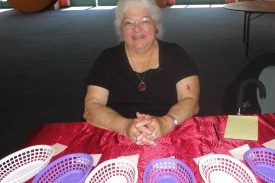 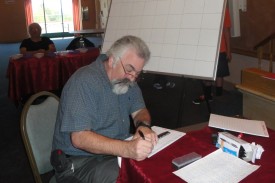 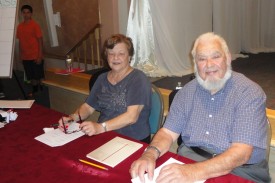 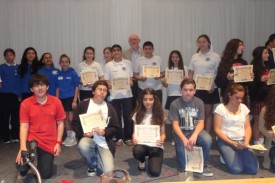