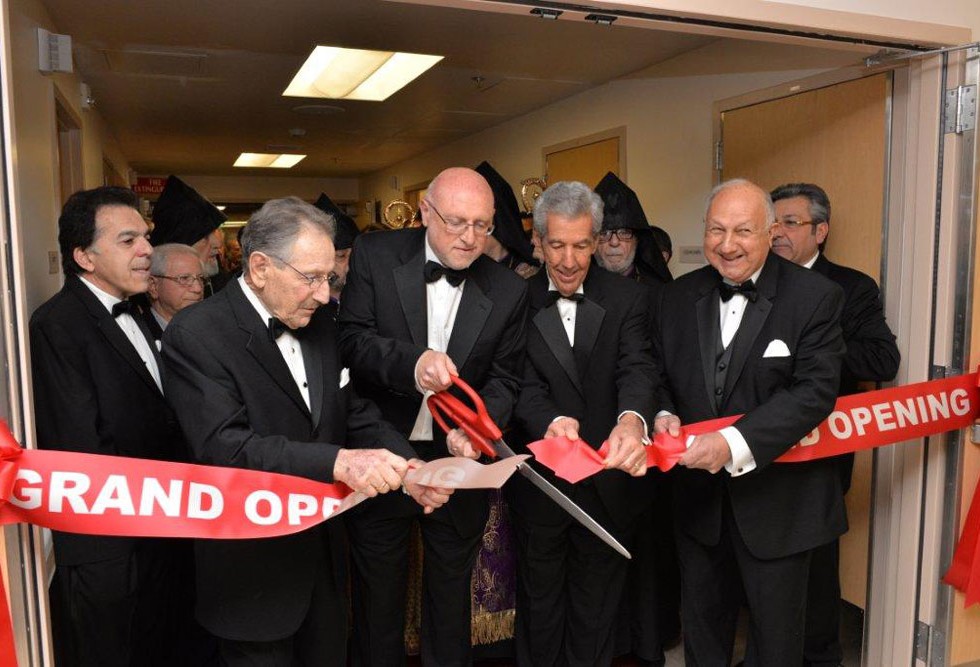 A capacity crowd included religious leaders: Archbishop Hovnan Derderian, Primate of Western Diocese of the Armenian Church of North America; Archbishop Moushegh Mardirossian, Prelate of Western Prelacy of the Armenian Apostolic Church of the United States; Reverend Joseph D. Matossian, Armenian Evangelical Union of North America; Very Reverend Monsignor Andon Atamian of the Armenian Catholic Eparchy; many archbishops and reverend clergy accompanied them. Our religious leaders commended Mr. Kanimian for his exceptional leadership and expressed appreciation to the Board, administration and staff for their hard work and dedication in superbly providing a nurturing, stimulating and safe environment for our elders.

Numerous community leaders, members of the Ararat Home Board of Trustees and several hundreds of supporters of the Home were also present. A representative from the office of Congressman Brad Sherman presented the American Flag, which had flown over the Capitol in Washington, D.C., and Assemblyman Adrin Nazarian presented a resolution by the California State Assembly to Mr. Kanimian. Congratulatory letters were sent from Mayor Eric Garcetti of Los Angeles and LA County Board of Supervisors Michael D. Antonovich and Zev Yaroslavsky.

Following the salt and bread blessing ceremony and tour of the new wing, guests enjoyed a beautiful reception in the elegantly decorated foyer of the Deukmejian Ballroom. The dramatic and striking décor continued into the ballroom, accentuating the festive and celebratory mood of the occasion.

The Jubilee Dinner Dance was begun by tenor Raffi Kerbabian, accompanied by organist Hovsep Torosian, singing the national anthems of the United States and the Republic of Armenia. His Eminence Archbishop Hovnan Derderian read the Pontifical Message of Blessing and Commendation of His Holiness Karekin II, Supreme Patriarch and Catholicos of All Armenians, who extended his blessings to the Chairman, the Board and the staff for their undying devotion in maintaining the highest level of care for our elderly residents.

His Eminence Archbishop Mousegh Mardirossian read the Pontifical Message of Blessing and Commendation of His Holiness Aram I, Catholicos of the Great House of Cilicia, who had proclaimed 2014 as the “Year of the Elders”, thus “reminding and inviting us all to honor and thank our parents and grandparents for their infinite love, care, and wisdom throughout this year and in coming years. How wonderful for the opening of the new wing to coincide with this beautiful proclamation,” H.E. expressed.

Anchor of Fox 11 Morning News, Araksya Karapetyan, served as Mistress of Ceremonies for the evening. She reiterated the importance of the theme of the evening, “The Brightest Stars are Those Who Shine for the Benefit of Others,” and expressed her feelings that there is nothing more fulfilling and purposeful than helping and giving to those in need. She continued with a brief overview of the goals and accomplishments of the Home since its inception in 1949. The goal of the Home has been to provide the best possible care for elderly Armenians in Southern California. The many accomplishments include: the Nursing Facility being listed in US News & World Report as one of the top nursing homes in the country; a “Five Star Quality Rating” from the Centers for Medicare and Medicaid Services for both the Mission Hills Skilled Nursing Facility and the Eagle Rock Convalescent Hospital; seven consecutive years of Zero Deficiency Survey from the Department of Health Services for the Mission Hills Assisted Living facility. Ms. Karapetyan was most impressed with the level of independence the residents enjoy at the Home.

A video titled, “A Day in the Life of Ararat Home,” depicting the activities of a typical day for residents, administrators, Board members and staff was presented. This was followed by remarks made by the New Wing Celebration Committee Co-Chairmen Ron Nazeley and Berj Shahbazian, who had worked so diligently with their energetic committee members to make this a truly successful evening.

Chairman Kanimian greeted the guests and thanked the Jubilee Dinner Dance Grand Sponsors Armen and Nora Hampar, the Jubilee Banquet Sponsor Lily Barry, Grand Benefactors Henry and Louise Arklin, Antranik Baghdassarian Family, Sam and Paulette Kardashian, Sinan Sinanian Family, The Avakian Family Trust, and other donors and supporters for making the event possible. Mr. Kanimian stated, “On behalf of the Board of Trustees of the Home, I would like to express my appreciation: to our clergy who visit the Home regularly enriching the spiritual needs of our residents and staff; to the countless donors who contribute devotedly to the success of our Home; to the Board of Trustees and all the volunteers, the Guilds, Auxiliary groups, and our members who dedicate many hours for the welfare of the institution. He also thanked the administration and staff for their “ardent passion and hard work.”

The evening’s Grand Sponsors, Armen and Nora Hampar, were recognized with a plaque for their years of dedicated service to the Home and their generous contributions throughout the years. Mr. Hampar has served twice as Chairman of the Board of Trustees and chaired several committees, and Mrs. Hampar serves as Vice-Chairman of the Board of Trustees, is responsible for the Deukmejian Ballroom reservations, and has been instrumental in furnishing the Ararat Home Mission Hills Campus. Mr. Kanimian also presented a plaque on behalf of the Board of Trustees to the trustee of The Avakian Family Trust, Mr. Robert Taylor, for the family’s unwavering support of the Home.

Honorable George Deukmejian, 35th governor of the state of California, delivered the closing remarks and was warmly and enthusiastically received by all guests. He talked about the impact Ararat Home has made on him and the Armenian community. The Governor praised and commended those who had a role in making Ararat Home the premier facility of its kind in the state with zero deficiencies recorded.

The evening’s celebration continued with dinner served by La Fogata, after which international dance music was provided by the renowned AREV-X Allen G Band. Guests were gifted with a commemorative booklet, which included congratulatory letters from religious leaders and dignitaries. 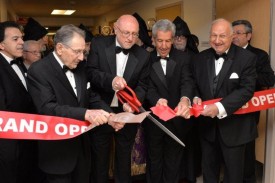 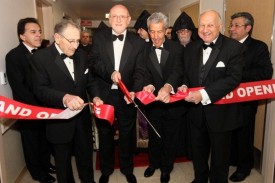 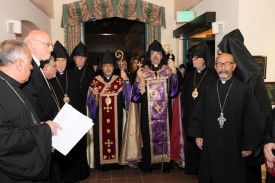 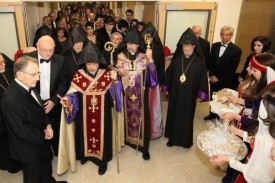 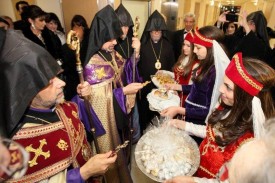 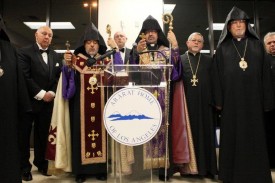 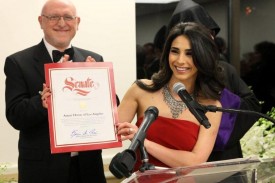 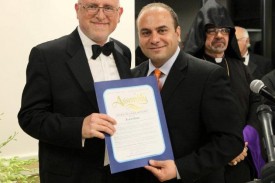 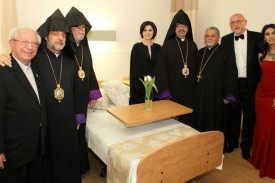 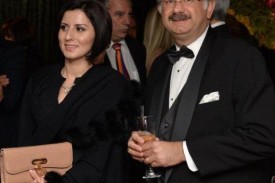 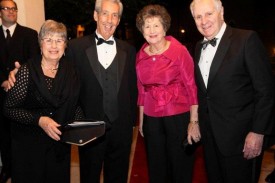 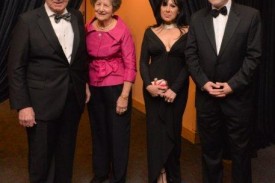 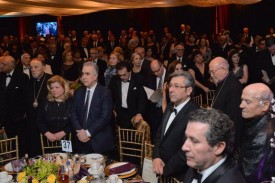 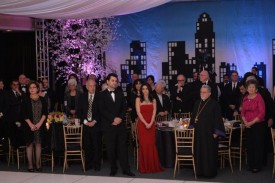 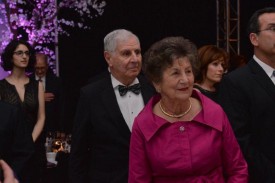 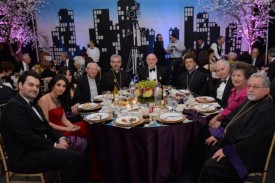 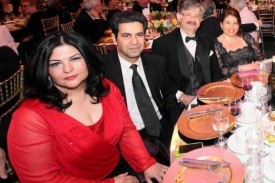 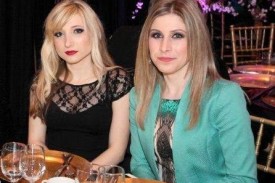 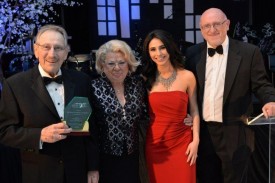 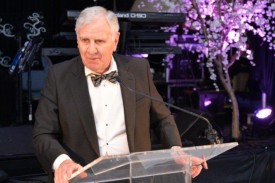 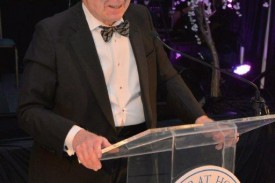