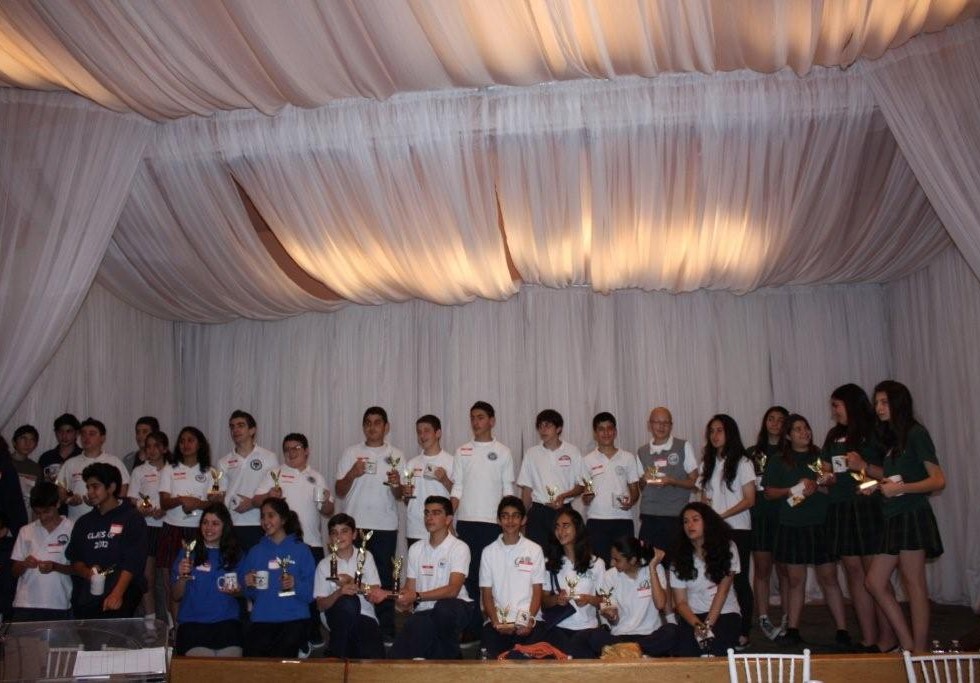 A lively contest developed, revealing the depth of the knowledge of the students, the thorough preparation provided by their teachers, and the absorbed attentiveness of the audience.

In a two hour competition, the students answered a series of questions on Armenian history and culture. They demonstrated a familiarity with material spanning three millennia and ranging over topics as varied as history, geography, literature, science, the arts, and religion. The winning team earned 105 points, out of a possible 113 points, the second and third place were separated by few points.

An event of this type requires the assistance of many volunteers. The many enthusiastic spectators followed the proceedings with great concentration and cheered on the participants.

The competition, organized by Ararat Home, consisted of questions taken from Hagop and Marilyn Arshagouni Armenian History Time Line, with graphics by the late Herach Hovsepian.