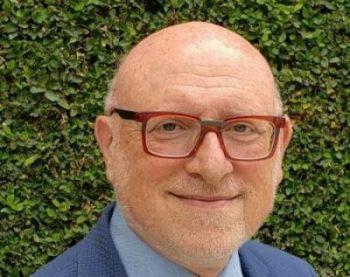 “I am truly honored to serve Ararat Home once again in my capacity as Chairman of the Board,” stated Mr. Kanimian and expressed his gratitude to the Board for their confidence in his leadership. “I would like to express my thanks to my predecessor, Michael Surmeian, who served as Chairman for the last three years.”

“I am delighted to see Joseph returning as Chairman of the Board of Trustees,” said Mr. Surmeian. “His experience and extensive involvement in the Armenian community are perfectly suited for the needs of the Home and the Board. Over the last three years, I have thoroughly enjoyed working closely with the Home’s Chief Operating Officer Derik Ghookasian, the facility leaders Varsenik Keshisyan, Rita Noravian, Margarita Kechichian as well as Ani Dikranian. We can all be proud of the progress we have made over the last several years. Besides the acquisition of the property adjacent to the Mission Hills campus and the opening of the Assisted Living Facility’s new wing, the Board and its committees planned picnics, casino nights, employee celebrations, cultural events spearheaded by Ararat-Eskijian Museum, and several highly successful fundraisers. Additionally, all three facilities were reviewed annually by State agencies with very favorable results. Thanks to all these hard-working individuals, their employees, and our volunteers, Ararat Home is poised for continued success.”

During Mr. Kanimian’s past chairmanship, Ararat Home expanded its services to our elders by opening the Avakian Wing of the Nursing Facility. “We have a dedicated administration and staff at our facilities, who devote their time and skills for the benefit of our precious elders,” he stated. “Ararat Home creates a unique setting for our mothers and fathers by providing them excellent care in an Armenian environment.”

This year, Ararat Home celebrates 70 Years of service to the community. A special banquet is planned for Saturday, May 11, to celebrate this milestone. Mr. Kanimian thanked the many volunteers, the Ladies Auxiliary and supporting Guilds, and the community for their moral and financial support of the Home. “Our collective efforts make our facilities a five-star organization,” he concluded.