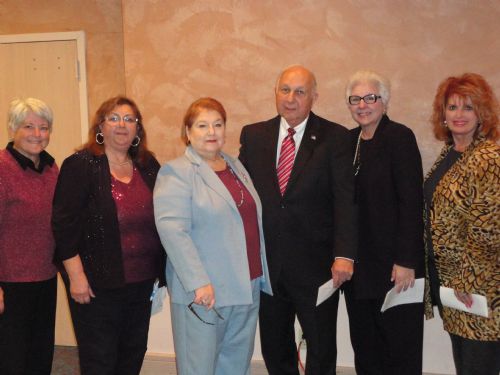 Mission Hills: On Sunday afternoon, March 25, 2012, members of the Ararat Home of Los Angeles gathered at the Mission Hills campus to elect Board of Trustee members and to receive reports and news of accomplishments for the previous year. Board Chairman, Nazar Ashjian, Jr. presided over the meeting. The tone of all the reports was overwhelmingly positive. Highlights included a progress report on a building project which will add 58 beds to the Ararat Nursing Facility which is scheduled to open in May of 2013. Ararat Home continues to receive highest ratings from State and Federal agencies. The Home, in recognition that the State of California is in a severe budget situation, has planned for and is confident to maintain the highest of standards despite the downturn. Generous donations from the Southern California Armenian community assure success.