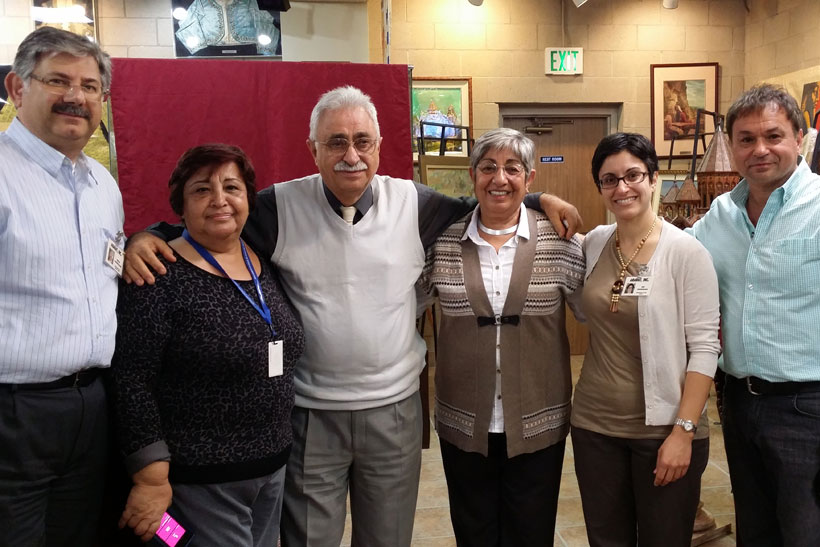 Fethiye Çetin, a Turkish lawyer, writer and human rights activist, who had represented the Turkish-Armenian journalist Hrant Dink, visited the Ararat Home Mission Hills campus on November 15, 2014, where she was greeted by Ararat-Eskijian Museum Director, Maggie Mangassarian-Goschin. Ms. Çetin was in Los Angeles at the invitation of the United Armenian Council for the Commemoration of the Armenian Genocide. She was invited to Ararat Home to pay tribute to our elders.

Born into a Muslim family in the small town of Maden, Turkey, Ms. Çetin is well-known for her courageous journey of acknowledging and speaking about her Armenian roots. Her maternal grandmother, Seher “Heranuş Gadaryan”, had revealed late in life that she was by birth an Armenian Christian. During the deportations, at the age of ten, Seher was taken away from her mother and adopted by her rescuer, a Turkish soldier. After her grandmother’s death in 2004, Ms. Çetin published her groundbreaking book, My Grandmother, narrating Seher’s story. The book was translated into 13 languages. In 2009, she published her second book, The Grandchildren, which has been translated into three languages.

Ms. Çetin is today a strong individual at peace after years of struggling as a human rights lawyer. On her tour of the Skilled Nursing Facility, she met and spoke with several residents and became particularly emotional during her encounter with Yevnige Salibian. Mrs. Salibian, a 100-year old survivor of the Armenian Genocide from Aintab, Turkey, spoke in Turkish with Ms. Çetin, shared her story and showed her the scar on her thigh from the wound she had sustained during her escape from Aintab in 1922.

Ms. Çetin enjoyed the Ararat Home grounds and complimented the beauty and landscape of the Home. She was pleased to have had the opportunity to visit the ethnographic Ararat-Eskijian Museum as well as some of the residents. She said that her visit was both rewarding and inspiring. 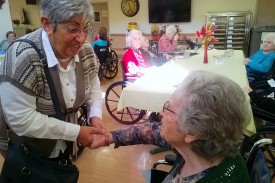 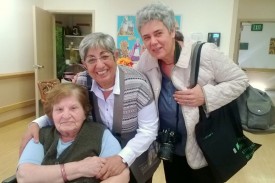 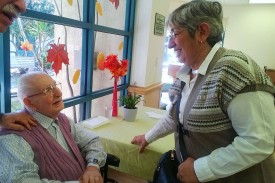