Donate
Gift Exchange Between Patriarch of Jerusalem and Ararat-Eskijian Museum

Gift Exchange Between Patriarch of Jerusalem and Ararat-Eskijian Museum 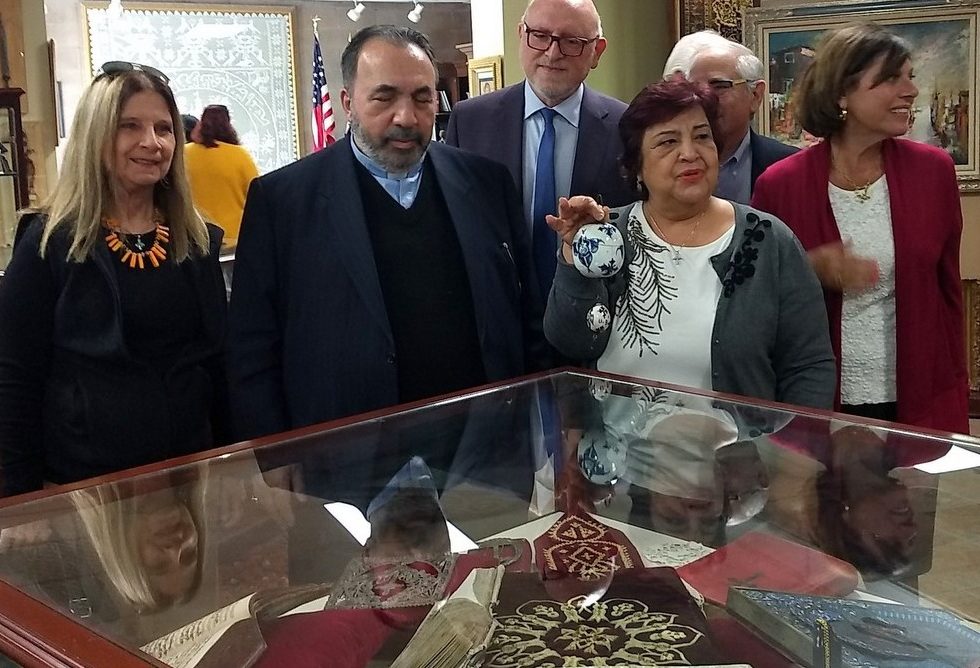 On December 9, Ararat Home welcomed a brief visit by His Beatitude Archbishop Nourhan Manougian, the Armenian Patriarch of Jerusalem. The Patriarch visited both care facilities on the Mission Hills campus and met with the administration, several trustees, volunteers, staff and residents.

The primary purpose of the Patriarch’s visit, however, was to personally deliver two items that he was donating from his personal collection to Ararat-Eskijian Museum.

Museum Director Maggie Mangassarian-Goschin was elated to receive the two Kutahya-ceramic hanging ornaments. These pieces have significant historical and artistic value, and the Museum’s collection, until now, had only held a souvenir replica of such ornaments.

While these pieces represent Armenian religious art using the famous Kutahya ceramic material and style, their use was not just ornamental but also quite functional. Such pieces would typically be hung in churches on the same chains that held oil-lit lanterns. Given their egg-shaped construction, they would be positioned higher than the lanterns in order to prevent rodents descending the chains from the ceilings from reaching the lanterns and consuming the oil in them.

In appreciation, Ararat-Eskijian Museum gifted the Patriarch a painting by Armenian-American artist, Dr. Armen Bahador. The Museum had acquired the Bahador Collection several years ago for the purpose of preservation, education and dissemination. Director Mangassarian-Goschin remarked that the artist’s family was happy to know that his work would be represented at the Armenian Patriarchate of Jerusalem.