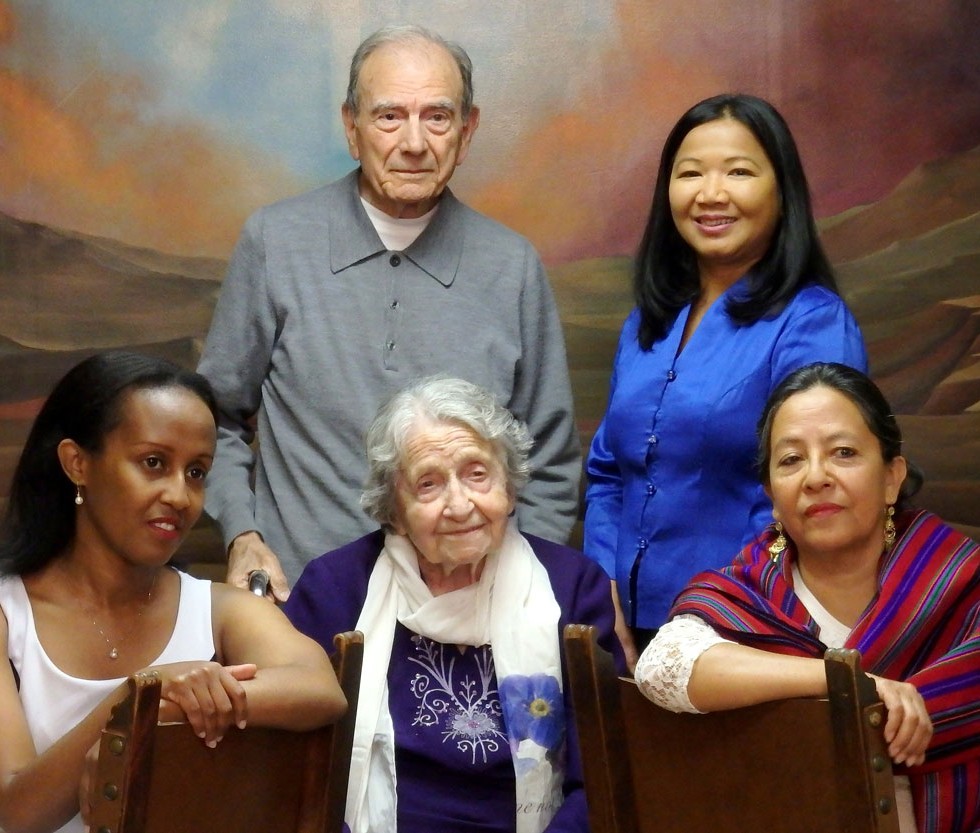 Five survivors of genocides perpetrated in the 20th century came together on April 15, 2015, for an extraordinary and historic photo shoot at Ararat-Eskijian Museum.  Organized by the USC Shoah Foundation – Institute for Visual History and Education, the survivors gathered on the Ararat Home Mission Hills campus, where the oldest among them resides, 101-year old Yevnige Salibian.  As a survivor of the Armenian Genocide, the first such atrocity of the previous century, Mrs. Salibian was joined by survivors of the Jewish Holocaust, the Cambodian Genocide, the Guatemalan Mayan Indian Genocide and the Rwandan Tutsi Genocide.  The USC Shoah Foundation will use the photograph as a representation of the collections of testimonies it has and continues to amass from survivors of various genocides in recent history.

The Foundation’s Armenian Genocide Collection was obtained from the Armenian Film Foundation last year, which had worked to digitize the nearly 400 interviews of survivors and witnesses filmed by J. Michael Hagopian from 1972 to 2005.  The USC Shoah Foundation has been cataloguing and indexing these rare testimonies to be included in its Visual History Archive, which already contains 52,000 testimonies from the Holocaust and other genocides and is one of the most comprehensive online archives in the world.  The first 60 interviews of its Armenian Genocide Collection will be made available to view online in the Foundation’s Visual History Archive on April 24, 2015, the 100th anniversary of the Genocide. 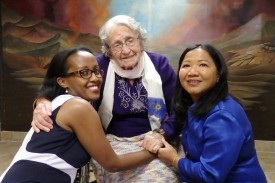 Survivors bond during the photo shoot 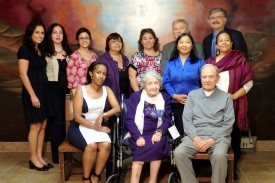